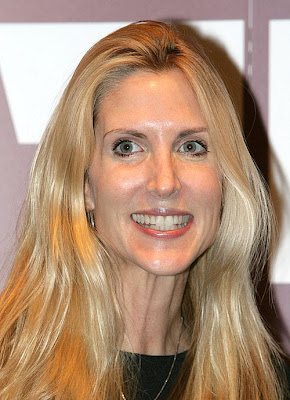 The tight gubernatorial race is not the only contest in the state attracting national attention this cycle: Ann Coulter and Ed Meese will stump for various state legislative candidates.

Lawless is paying Coulter to speak – but didn’t say how much. The amount should turn up on his campaign finance filing.

The event is billed as Lawless’s “First Annual Baltimore gala;” Lawless said he picked Coulter because she “says what is on her mind.” Top-tier tickets will go for $1,000 and includes an exclusive reception with Coulter and a suite at the Tremont Hotel, where the party will be held.

Depending on how much a donor is willing to pay, the evening could also include: a VIP reception on a yacht, which will be “Butler’d [sic] with Open Bar;” dessert with Coulter; and a photo with Coutler. All participants will hear Coulter give a “dialogue.”

The event, originally scheduled for Sunday, has been bumped to mid-October due to an illness in the Lawless family. Lawless faces a Republican challenger in September.

Meese, an attorney general under President Ronald Reagan, is going to help raise money for incumbent Republican Del. Ron George, who wants to hold onto his Anne Arundel County seat.

“There aren’t many people who will do events for Republicans in this state,” said Ron George. “It is hard.” George said that he has met Meese at conferences, and the two clicked.

George does not have a primary fight, but may face a challenge from Republican Herb McMillian, who is fairly well known is the district.
Posted by Joe Conservative at 2:52 AM