Another Maryland Congressional Candidate Weighs in on Mosque Controversy 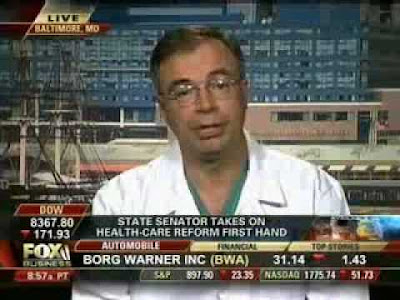 A second Maryland politician has weighed in on plans to build a mosque near the former site of the World Trade Center in New York.

On Sunday, Democratic Rep. Chris Van Hollen of Montgomery County told CNN’s Candy Crowley that he agreed with President Barack Obama that the developers have the right to build the project called Park51 on private property two blocks from Ground Zero, subject to local laws and ordinances. Obama said he would not comment on the wisdom of building the mosque and community center on the site.

“The proposal to build an Islamic mosque and community center near Ground Zero is blatantly disrespectful to the sacred ground that is a memorial to the 3,000 Americans who died on September 11th,” Harris, a Baltimore County Republican challenging Democratic Rep. Frank Kratovil in the First Congressional District, said in a statement Tuesday.

“The president is once again trying to have it both ways; publicly supporting the project while saying he won’t get involved in local politics,” Harris said. “He is thinking like a lawyer and not like an American, making declarations without America’s best interest in mind.”

Harris said he lost a “very close friend” in the attacks of Sept. 11, 2001, and considers Ground Zero “a place to remember my friend and how she lost her life trying to save others on that day."

“The area around Ground Zero is a special place where Americans should feel comfortable to visit, mourn, and remember what happened on 9/11,” he said. “That will be impossible if this project is allowed to continue. One of America’s founding principles is freedom of religion, but that does not mean you should practice your religion without a sense of respect for others.”
Posted by Joe Conservative at 10:54 AM