Too Little, Too Late?

The Flipside of the Abortion Debate

After silence, that which comes nearest to expressing the inexpressible is music. --Aldous Huxley

If music be the food of love, play on. --William Shakespeare

If you look deep enough you will see music; the heart of nature being everywhere music. --Thomas Carlyle

Music expresses that which cannot be said and on which it is impossible to be silent. --Victor Hugo

Music is a moral law. It gives soul to the universe, wings to the mind, flight to the imagination, and charm and gaiety to life and to everything. --Plato

Music is love in search of a word. --Sidney Lanier

Music is the shorthand of emotion. --Leo Tolstoy

Music is well said to be the speech of angels. --Thomas Carlyle

Without music, life would be a mistake. --Friedrich Nietzsche
Posted by Joe Conservative at 8:33 AM No comments:

What's Wrong with This Picture? 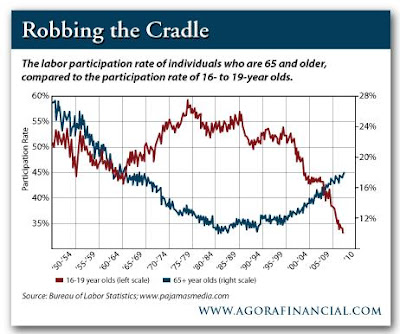 Posted by Joe Conservative at 5:20 AM 2 comments: Links to this post

Why is the Governor Still Raising Our Taxes?

from the Dagger and Delegate Kathy Szeliga: 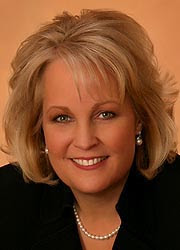 Your Hard Work is Paying Off … But We Cannot Quit Yet!

Due to the outcry of people like you and me it appears as though the O’Malley-Brown Gas Tax proposal is being taken off the table! Your letters, e-mails, phone calls and rallies have paid off and together we think we have defeated this outrageous tax….. for now.

Thanks to you and the realtors the highly controversial elimination of the mortgage tax deduction is now off the table too! I have said from the beginning that this deduction is one of the most important things to MD homeowners. Thanks to the Maryland Realtors and homeowners for your hard work in helping to most likely defeat this measure!

The O’Malley-Brown Administration is now looking for “new” taxes to impose. The current proposal is to raise $400 million dollars through an INCOME TAX INCREASE! Obviously the Governor didn’t listen to us in January when 96% of Marylanders said they pay enough in taxes.

You can see our work is not done yet. We need to keep the pressure on the Governor that Marylanders are not OK with increased taxes of any type! I continue to advocate for cuts in the budget and will not support any new tax or fee on Marylanders.

Why Oh Why Does O’Malley-Brown NEED to Raise Your Taxes?

In 2008 and 2009, Maryland’s personal income and wage and salary income growth were both negative – below 0%. This is because we were all making less money due to job losses, lay-offs, furloughs, reduced hours worked, and business income significantly down.

From 2007 – 2009, our economy was officially in a recession. While Maryland families were tightening their belts and forced to reduce family budgets, the Maryland State budget grew and grew. The State budget has increased by over $1 Billion each and every year since O’Malley took office. 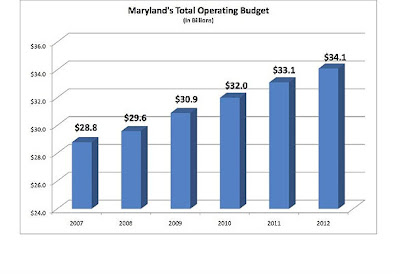 With personal income down, businesses scaling back, and everyone squeezing each and every dollar, the State is getting less and less from us taxpayers. Instead of looking for reductions in the State budget because their revenues are declining, they are looking for new ways to tax Marylanders.

Unless the leadership in Annapolis will support a level funded budget – or better yet an overall budget reduction, they MUST RAISE YOUR TAXES. The math just doesn’t work. The State cannot continue to expand State spending without getting the money from somewhere.

INCREASED SPENDING = INCREASED TAXES FOR YOU AND ME

The Minority Party introduces a budget solution every year. Unfortunately, our budget plan is rejected year after year. We will, however, continue to present reasonable solutions to Maryland’s budget problems.

What Can You Expect Regarding Tax Increases?

Last year, the leadership in Annapolis brought out a 50% increase in the alcohol tax just two days before the legislative session ended. It was rammed through, largely along party lines. I fully expect something like that to happen again.

Only time will tell. The legislative session ends on April 9th and the magic tax solution may not be known until then. I’m working hard to guard your wallet – but as Mark Twain once said:

“No man’s life, liberty, or property is safe while the legislature is in session.” (1866)

Every 10 years, following the U.S. Census, Maryland redraws the Congressional and Legislative districts. The Congressional map was presented and voted on during the October 2011 special session. The Governor manipulated this process and gerrymandered the districts to target Roscoe Bartlett (R) in Western Maryland. Though this map was challenged in court it was dismissed and has now become law. Click here and then “launch the interactive map” and insert your address to find out who is on your ballot for the April 3rd Primary Election (yes, this April).

When the General Assembly reconvened in January the Governor presented the redrawn Legislative map. Similar to the Congressional map, the districts seem to be drawn to protect Democrat incumbents. The map had 45 days from when it was presented to be addressed in the General Assembly. There were alternative maps presented, but none were given consideration and thus the Governor’s bill became law. There is a possibility that the legislative map may be challenged in court. These new districts will not be in place until 2014.

The new 7th District stretches from the Pennsylvania line in both Baltimore and Harford Counties, goes through Fallston and Bel Air on its way to Essex. It is geographically huge but I am proud and excited about the opportunity to represent the additions to my district after the 2014 election. Be sure to check click here and “launch the interactive map” to see if your district has changed.

This summer I’m looking forward to exploring the new parts of the 7th district with my husband, Mark, on our motorcycles. And after Thursday’s weather, I know we are all hoping summer isn’t far off.

Thank you for your thoughts and prayers. Please keep them coming my way.

Delegate Kathy Szeliga
Posted by Joe Conservative at 4:42 AM 3 comments: Links to this post