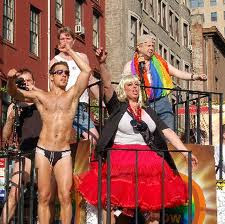 The legislative debate over same-sex marriage will get going in the Maryland Senate on Feb. 8.

That's the date Senate Judicial Proceedings Chairman Brian Frosh has set for a hearing on the Religious Freedom and Civil Marriage Protection Act, a bill that would allow Maryland to issue marriage licenses to gay couples. The hearing is set for 1 p.m., and will wrap in all other bills "relating to same-sex marriage and civil unions," according to the schedule.

A review by The Baltimore Sun indicates that the bill allowing full gay marriage rights has the support of exactly enough senators and a bare majority of delegates on the Senate Judicial Proceedings and House Judiciary panels to proceed to floor votes.

House Judiciary Committee Chairman Joseph F. Vallario, Jr., has said that he'll wait and see if the Senate passes the bill before he takes it up in his committee.

Eighteen of the state's 47 senators have co-sponsored the Senate bill. The House companion has 58 of 141 delegates. Lawmakers pushing the issue in both chambers are counting votes and sound confident they can secure final passage.

But opponents, including the Maryland Catholic Conference and the National Organization for Marriage, disagree and say the votes are not there on the floor. NOM, however, pledged to take the issue to the voters if it becomes law. If that happened, same-sex marriage could land on the 2012 ballot.

Posted by Joe Conservative at 3:59 PM 8 comments: Links to this post

Fast-Tracking Sodomy throughout the Maryland Legislature 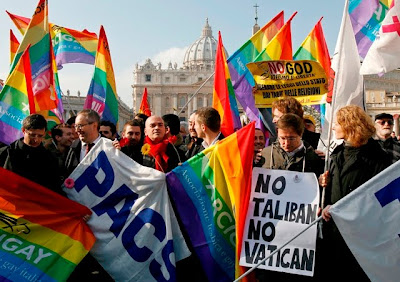 House Majority Leader Kumar Barve today submitted the House plan to legalize same-sex marriage -- a proposal backed by 58 delegates who have signed on as co-sponsors.

Barve described the number of supporters as "pretty darn good" for a controversial issue. The House would need 71 "yes" votes to pass the legislation.

It's another sign that gay marriage has gained traction this year. Maryland would join six other states and the District of Columbia if either full marriage benefits or a compromise civil unions plan is passed by the General Assembly and signed into law by Gov. Martin O'Malley, who has said he would do so.

Notably, 12 members of the House Judiciary Committee, the panel that will weigh whether to send the measure on for debate in the entire chamber, are co-sponsors, according to a list of signatures provided to The Sun this morning. That's exactly the number needed to approve the bill in committee.

The Senate bill was introduced last week with 18 co-sponsors. Among the names were six senators on the Senate Judicial Proceedings Committee -- the number the legislation needs for initial approval. It needs the support of 24 senators for passage in that chamber.

The House legislation does not yet appear online.

No Republicans are listed as co-sponsors of either the House or Senate bill. Sen. Allan Kittleman, a Howard County Republican, has said he will introduce a civil unions proposal this session.

Posted by Joe Conservative at 9:42 AM No comments: Links to this post 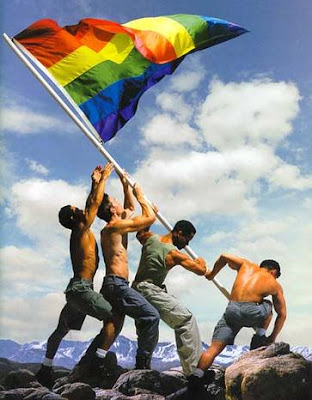 Lawmakers have already put together several bills to legalize same-sex unions -- ensuring the topic will see robust debate in the Maryland General Assembly's 90-day session that began last week. Advocates, and even many legislative leaders, believe some form of gay marriage or civil unions will pass this year.

This morning, Senate Majority Leader Rob Garagiola of Montgomery County introduced the Religious Freedom and Civil Marriage Protection Act (SB116), the preferred plan of gay-rights activists. The legislation would permit same-sex couples to marry but would not require churches to perform the unions.

The House version of that bill is scheduled to be introduced next week by House Majority Leader Kumar Barve of Montgomery County. Equality Maryland, the majority leaders and other lawmakers and same-sex couples will promote the twin bills at a press conference Tuesday in Annapolis.

Also percolating this year is Del. Luiz R.S. Simmons' Religious Freedom and Civil Marriage Protection Act (HB55), which carries the same name as the majority leaders' bill but appears to be slightly different. Simmons is a Montgomery County Democrat and a member of the House Judiciary Committee, which will listen to testimony on all of the marriage bills.

The most vocal supporter of an alternative to gay marriage -- civil unions -- this year has been Sen. Allan H. Kittleman, a Howard County Republican. Kittleman said he believes that gay and straight couples alike should be able to enter civil contracts that solidify their partnerships. He resigned this week as Senate minority leader when it became clear that the 11 other Republicans in his caucus do not share that view.

Gay-rights activists have praised Kittleman's proposal, which does not appear to have been filed yet, as a step in the right direction. But a civil unions plan falls short, they say, because same-sex couples are treated differently than straight ones.

Opponents are gearing up, as well. This morning, Del. Don H. Dwyer Jr., an Anne Arundel County Republican, was talking to fellow colleagues about a bill he will soon introduce to counteract Maryland's new policy of extending marriage protections to same-sex unions that were lawfully performed in other states.

Last year, Dwyer was the leading opponent of an opinion produced by Maryland Attorney General Douglas F. Gansler saying the state should recognize those unions even though marriage is defined in Maryland law as between a man and a woman.

Dwyer's coming legislation would establish that marriage between a man and a woman is the only legally valid union in the state.
Posted by Joe Conservative at 6:24 PM No comments: Links to this post

The Perils of STILL Not Listening to the People

Given the shooting of Arizona Congresswoman Gabriel Giffords today, I think it is imperative that Executive Craig, County Councilman Dion Guthrie and the County Council, Jansen Robinson and leaders of the Democratic and Republican parties jointly call for an immediate rally aimed at toning down the negative political rhetoric in our country.

Such rhetoric can lead to violent consequences. Congresswoman Gifford is currently in critical condition along with 4 others…10 people are confirmed dead; shot by what appears to be a politically motivated mad man.

Today’s shooting, along with the attempted bombings in Annapolis yesterday, should illustrate to us all vividly that, now more than ever, it is time for us to put aside our differences, it is time for our leaders to call for calm, demand sanity, promote compromise and work for peaceful resolutions to our common issues.

Together, you, our leaders, must emphatically insist that violence is never the answer. Constructive dialogue conducted in a respectful manner is! after all, that is the heart of our Democracy. Without that truth, we would be nothing more than vigilante’s, warlords and savages.

Take this tragedy and show your leadership. Decry the violence. Establish a bipartisan commission to work collectively on our thornier issues. Set up a rally and explain to everyone that, though you have differences, you are unified in loving our Nation and what it stands for…Truth, Justice and PEACE.

Right... it's the "people's" fault that the arrogant progressives in power are being attacked.

If the Left wanted a Socialist state, perhaps they should have "started" with civility instead of usurping Congressional powers and prerogatives and "deem and passing" their anti-Constitutional agenda into law.

I don't condone what was done in Arizona, but I certainly understand it. And it's high time the arrogant so-called progressives in Congress came to understand it. The problem in DC isn't one of "rhetoric", it's one of "substance", and the "substance" (social engineering through legal positivism) is one FOREIGN to traditional American values of limited government, constitutional constraint and negative liberty.

Get ready for a bunch of renewed calls from the Left for regulation of so-called "hate-speech"... even though they're responsible for generating 99% of it. After all, free speech is only an "inalienable right" if you believe that certain rights are inalienable. And that's NOT the position of the legal positivists on the Left.
Posted by Joe Conservative at 9:36 AM No comments: Links to this post

“We have a $17 billion liability that’s 2 percent funded. At what point to we begin to take action? I think we should be getting a plan together now.”

Gov. Martin O'Malley assured local leaders gathered at a conference in Cambridge tonight that he will not shift any portion of teacher pension costs to them this year -- defying his budget advisers' recommendation to do so.

Budget Secretary T. Eloise Foster had crafted plans to shift 40 percent of the state's $900 million annual burden to local governments, either in an across-the-board fashion or through a wealth-adjusted formula that would have called for places such as Montgomery County to pony up more than other, poorer areas.

"It's my belief that we cannot have a fruitful conversation" about sharing pensions "until we fix the pension system itself," O'Malley said at the winter conference of the Maryland Association of Counties. "I will not propose to pass pension costs this year onto the counties."

The line drew a standing ovation from local leaders who have fretted about the enormous holes the teacher pension costs would blast into their budgets.

O'Malley, a Democrat and former mayor of Baltimore, noted that lawamkers may propose the pension shift anyway. A plan passed the Senate last year but died in the House of Delegates.
Posted by Joe Conservative at 6:11 PM No comments: Links to this post