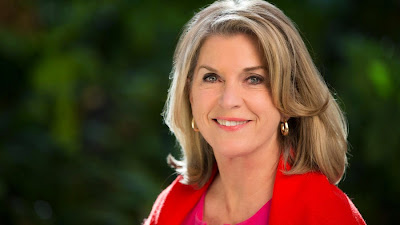 
WASHINGTON -- Kathleen Matthews, a longtime television news anchor in Washington who is rumored to be considering a run for Maryland's 8th Congressional District, is leaving her post at Marriott International to "seek a challenging new role in public service," according to a memo distributed Wednesday by the Bethesda-based company.

Matthews, 61, was an anchor for 25 years at WJLA before joining Marriott International in 2006, where she serves as chief global communications and public affairs officer. The Chevy Chase resident is married to MSNBC's Chris Matthews.

Matthews' name has long been floated as a possible candidate for the House seat that will be left vacant by Rep. Chris Van Hollen's candidacy for U.S. Senate. She has not returned repeated calls from The Baltimore Sun placed over the course of several weeks.

"Kathleen Matthews, Marriott International's chief global communications and public affairs officer, has announced she will leave the company in June to seek a challenging new role in public service," according to a memo sent to Marriott's leadership team by president and CEO Arne Sorenson.

If she decides to run, Matthews will join Sen. Jamie Raskin, Dels. Kumar Barve and Ana Sol Gutierrez as well as former White House aide Will Jawando in the race. The district is based in Montgomery County -- and is widely considered a safe bet for a Democrat in the general election -- but it also includes portions of Frederick and Carroll Counties.

Evidently, being famous (and married to someone famous) is the only criterion for being a politician in MD.
Posted by Joe Conservative at 7:15 AM