Acting Globally to Control Locally - Get the 411 on Agenda 21 on Wednesday, October 17 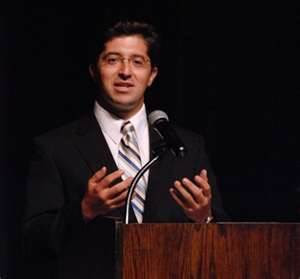 From Patrick McGrady via the Dagger:

There is an important event that is taking place on Wednesday, October 17, 2012 that has ramifications for the future of Harford County, Maryland, and our Republic.

The Republican Central Committee of Harford County has invited Republican officials who disagree about the role and scope of local government to our meeting this Wednesday (at 220 S. Main Street Bel Air, MD, in the Second floor meeting room) to debate where and how we should live as free Americans.

Here in Harford County, our Republican County Executive has entered our County into a contract of membership with an organization called the International Council of Local Environmental Initiatives. This organization, ICLEI for short, has a mission of “promoting local action for global sustainability.” This membership costs a few thousand dollars per year, and allows Harford County’s planners to receive training and materials from the organization. You can see their website here.

And here’s a press release from County Executive Craig’s office about joining ICLEI back in 2010.

Now, here’s where the debate starts: In Carroll County, back in 2010, a team of 5 new Republican County Commissioners were elected and immediately acted to eliminate Carroll County’s membership in ICLEI. The Carroll Commissioners argue that ICLEI is a means for international interests to control populations via restrictions on property rights, limited development of private property, and yielding local control to international organizations. They contend that ICLEI is nothing but a program called Agenda 21 that is implemented at a local level– here’s a quick video about Agenda 21.

And here’s Agenda 21, straight from the UN. There is some pretty scary language in there.

Commissioner Rothschild argues that Liberal Democratic Governor Martin O’Malley’s aggressive Plan Maryland agenda is Agenda 21 implemented at the State level– destroying the property rights of all rural Marylanders through regulations that limit the sewer and water systems that can be used on land all over the state.

Where do you stand on this? Want to learn more?

Commissioner Richard Rothschild will be at the Harford County Republican Central Committee meeting on Wednesday, October 17, 2012 at 6:30PM to explain his position on ICLEI and the role of property rights in America.

Our Republican County Executive, David Craig, has agreed to send a representative to argue the case for ICLEI, and I encourage you to attend.

This is a great opportunity to learn about the issues and make up your own mind about the direction of the County in terms of property rights.

Unfortunately, I will not be able to attend this momentous meeting (because I will be on my honeymoon in the Carribbean) but I encourage you to attend and GET INVOLVED IN THE PARTY!

Come out, meet the Republican Central Committee members, hear two sides within the Republican Party, and PICK UP YOUR SIGNS FOR THE REPUBLICAN CANDIDATES!

I hope you can make it.

Patrick McGrady
Posted by Joe Conservative at 6:05 AM

How many Americans have even a minimal awareness of Agenda 21?

Not many, that's for certain.