The Health Care Cavalry Has Arrived! 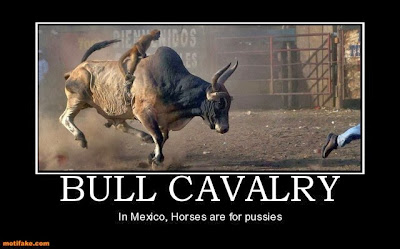 From the office of U.S. Rep Andy Harris and The Dagger:

Washington, D.C. – Over 73,000 Marylanders have seen their health insurance plans terminated because of the President’s health reform law. Now the President is unilaterally changing the law to try to allow them to keep their plan for an additional year. If the insurance companies in Maryland who cancelled policies decide to extend them, Congressman Andy Harris, M.D. is calling on Maryland Insurance Commissioner Therese M. Goldsmith to expedite the review of those extensions to ensure individuals will be able to keep their plans on January 1st.

“The President promised Americans that if they liked their plan they could keep it. The President’s proposal today is too little too late, but now the Maryland Insurance Commissioner must expedite the review of any policy extensions offered so that those who have plans and like them can keep them. I have heard from many constituents who liked their policies, but are losing them and can’t afford the dramatically higher prices of plans offered in the exchange. The Maryland Insurance Commissioner must do all she can to prevent this harm from occurring.”

Posted by Joe Conservative at 9:49 AM