Early Voting in Maryland Has Begun! 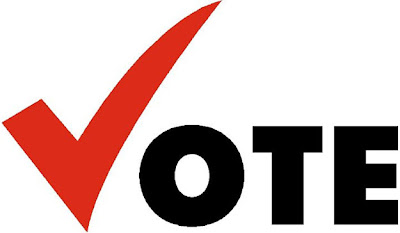 Yesterday was the first day of a weeklong early voting period -- and people seem much more enthusiastic than they did during the primaries.

Both Democratic Gov. Martin O'Malley and Republican former Gov. Robert L. Ehrlich Jr. are storming the state today to get out the early vote.

The State Board of Elections reported that 32,000 people voted yesterday. On Day One of primary early voting, merely 14,000 came out. In total, 77,000 people voted early in either the Democratic or Republican primary.

Yesterday's numbers show that twice as many Democrats as Republicans voted. That tracks from the primary early voting turnout. Prince George's County, a Democratic stronghold, notched the highest Day One turnout, with more than 4,600 casting ballots.

Registered voters can head to early voting centers until 8 tonight. One reader reported a line in Towson this morning. The centers are closed tomorrow but will be open from 10 a.m. to 8 p.m. Monday through Thursday. Check here for details.

Tallies from each day of early voting won't be made public until after the polls close on Election Day, Nov. 2. 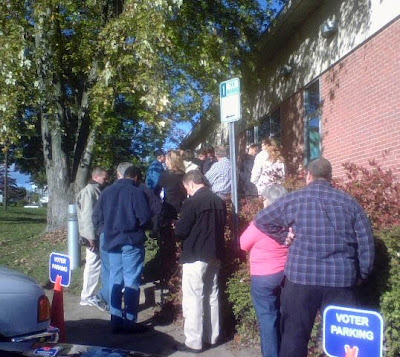 The first day of early voting for the 2010 Gubernatorial General Election got underway in Harford County Friday morning with long lines outside the doors of the Bel Air library.

About 25 people turned out to vote before 10 a.m. (there was some confusion as to whether early voting started at 9 or 10 a.m.) Hundreds of signs lined the streets. Bob Ehrlich, Jesse Bane and Andy Harris sign waving volunteers were out in full force. Del. Wayne Norman and Register of Wills hopeful Derek Hopkins were among those to cast the first votes.

It was also announced that Ehrlich would be coming to Bel Air this weekend for an Early Voting Rally at 4:30 p.m. on Saturday across from the Bel Air Library on Hickory Avenue.

Early voting is now OVER in Harford County. Your LAST opportunity to vote will be on the original/actual Election Day, this coming Tuesday, November 2.
Posted by Joe Conservative at 12:39 PM