Trump to Democrats: "Kiss My Emoluments!" 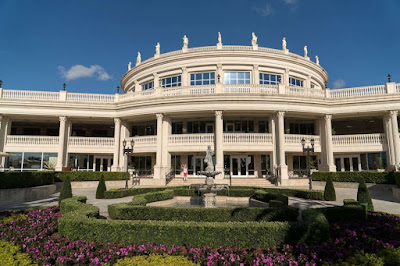 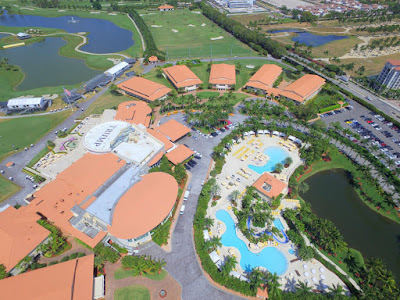 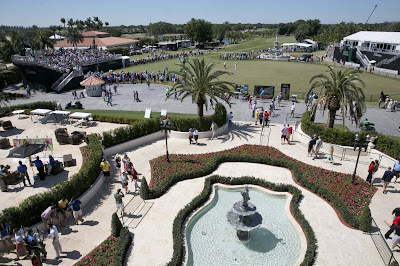 Posted by Joe Conservative at 7:22 AM

Yeah, it's pretty funny that Dotard violates the Constitution on a daily basis, isn't it? He just keeps racking up the impeachable offenses.

The Honorable, Esteemed And Distinguished Judge Dervish Sanders (A High IQ Individual) said...
This comment has been removed by the author.
October 19, 2019 at 2:21 PM

In the 1st year of President Warren's second term? No. Dotard will have been tried, found guilty, and have served several years in prison by then. Or dead from a Big Mac heart attack and burning in Hell.

Too bad about the venue change... I guess there weren't enough emoluments to be collected to make it worth the President's while.

That's too bad. It was a nice big impeachable offense. Luckily he still has lots of other emoluments violations to be impeached on. It's just that awarding himself this big contract was so brazenly corrupt. It seems to have given you quite a thrill. But the chicken backed down :(

The Democrats sure know a lot about blatant corruption... inventors of the old Chicago Pay-to-Play that elected Hussein Obama. Got Netflix, Dervy?

Barack Obama isn't president any longer. As a private citizen he is free to enter into any contractual arrangement with any other private citizen or corporation (like NetFlix) he wants to. Monetizing past experience (including the presidency) is the norm. When Dotard does it (providing he isn't behind bars) you'll be praising him and congratulating him for whatever financial windfall he gets as a result of having been president. He's doing it RIGHT NOW as president (not waiting until out of office) and you are congratulating him. Criticizing Obama for what he does after leaving the presidency is RANK HYPOCRISY. Give me an effing break, Minus.

None of the people you mention have traded state secrets for favors as Jared has. That absolutely is worthy of outrage. The highest level of outrage, in fact. Maybe there will be a double execution for treason at some future date?

People paid to have the name "tRump" on their properties and associated with their products for some unknown reason. Although many now want to disassociate themselves from this embarrassment of a predisent. Explaining why (at least in part) he's siphoning as much money as he can from the US taxpayer. Via his illegal emoluments schemes, forcing the US military to refuel at an airport near his property in Scotland (and forcing US military personal to stay there), getting Pence to stay at his property in Ireland, etc.

I bet you'd be cashing in if you were related to someone famous. Dotard would be a used car salesman if his daddy hadn't left him his fortune (and covered his enormous losses). The same goes for the Dotard kids. They all think they're special but would be nobodies if not for inherited wealth.

None of the people you mention have traded state secrets

...that YOU would ever know of or acknowledge. They're operating under YOUR cloak of Gyges filled with reporters incurious of infractions by same-party adherents.

There is no such cloak. Unless you're referring to the bootlicking sycophantic rightwing fake news outlets. Although Fox Nooz has Judge Napolitano -- still. Maybe he will get fired like Shep Smith. But there are many others who work hard to throw the cloak around Dotard's crimes. Breitbat News, The Horn News, World Net Daily, The laughably named Real News Network -- to name but a few of Dotard's cloakers.

So how did Paul Pelosi Jr. go from selling herbal remedies to the board room of a Ukrainian oil company?

As per your link -- Paul Pelosi Jr has not been charged with a crime. The article doesn't mention herbal remedies or Ukranian oil company board rooms.

...you can't can't walk AND chew gum? You're as curious as the DNC ass-kissing press...

I'm not aware of any "DNC ass-kissing press". Sounds as imaginary as your fictional "deep state". Makes one wonder how a republic ever gets elected president. Must be why you think it's great to cheat.

The electoral college and Constitution are "cheats"? Who knew?

I wasn't referring to your phony "how the popular vote loser actually won" narrative. I was referring to the disenfranchisement of US citizens legally entitled to vote and colluding with Putin.

The electoral college and US Constitution are just phoney "narratives"... who knew?

I don't view ANY of the Constitution to be phony. Unlike your phony president.

Quote: You people with this phony Emoluments Clause...

...no Person holding any Office of Profit or Trust under them, shall, without the Consent of the Congress, accept of any present, Emolument, Office, or Title, of any kind whatever, from any King, Prince, or foreign State". A separate domestic emoluments clause in the Constitution also prohibits the president receiving any emolument other than his salary "from the United States, or any of them".

A serious impeachable offense that Dotard has been in constant violation of from DAY ONE of his predisency. Dotard makes himself a phony president every day. As if had been serious he would have addressed this Constitutional requirement of holding the presidency. Instead he lied about handing off operation of his businesses to his idiot sons.