All Sex is Maryland to Become Classifiable as "Rape" 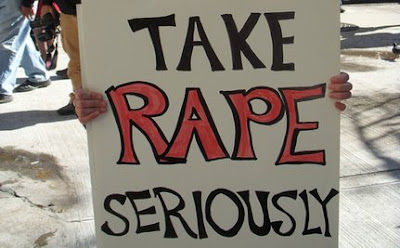 
The Maryland Senate will consider two bills next week aimed at improving the prosecution of rape cases.

The Senate's Judicial Proceedings Committee gave approved a bill Thursday that would change the legal definition of rape so that proving the victim resisted would no longer be required. Prosecutors and advocates for sexual assault victims have argued that the wording of the law makes it difficult to convict rapists.

The committee also approved a bill that sets standards for how long police departments must hold on to rape kits.

The office of Attorney General Brian E. Frosh reported that about 3,700 untested rape kits are sitting in storage at police departments. Police departments have varying policies for how long to keep the kits and when to test the evidence. Some agencies do not test kits in cases that don't advance to court or in instances when the victim and suspect know each other.

Both bills will be before the full Senate on Tuesday.

The House of Delegates Judiciary Committee is scheduled to hold public hearings on versions of the bills on Tuesday.

Q-Why didn't you resist? A-I decided the day after that I shouldn't have consented in the first place... and by law, resistance isn't necessary to prove "rape".
Posted by Joe Conservative at 7:01 AM