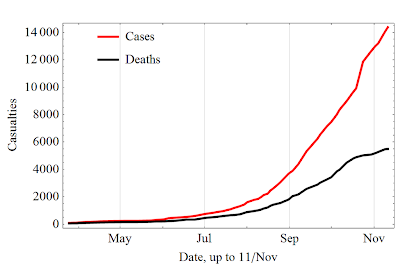 The president’s directive gives the administrator for the U.S. Agency for International Development (USAID) the authority to indemnify companies from lawsuits related to “contracts performed in Africa in support of USAID's response to the Ebola outbreak in Africa where the contractor, its employees, or subcontractors will have significant exposure to Ebola.”

“This authority may be exercised solely for the purpose of holding harmless and indemnifying contractors with respect to claims, losses, or damage arising out of or resulting from exposure, in the course of performance of the contracts, to Ebola,” the memorandum explained.

CNSNews.com emailed USAID to ask if the president’s directive also protects these companies from claims made by a U.S. citizen who contracts Ebola from an employee who brings the disease back from West Africa after working under a government contract.

An unnamed spokesperson for the agency responded: “Yes. The indemnification applies only to the extent that the claim, loss, or damage arises out of or results from exposure to Ebola in the course of performance of a contract and exceeds applicable insurance coverage.”

In other words, if a Company A employee contracts Ebola while working in West Africa, brings the disease back to the United States, is not quarantined and ends up infecting members of the general public, Company A is protected from any damages arising from lawsuits by these secondary victims.

According to the USAID spokesperson, employees of these contracted companies "provide essential services, including medical and non-medical management of Ebola patients."

In his memorandum, Obama justified his actions by citing Public Law 85-804, which allows the president to give any federal agency or department connected to national security the authority to enter into, amend or modify contracts with private companies in order to “facilitate the national defense.”

Presidential War Powers can be used to provide Humaniatrian Aid now? Who knew?
Posted by Joe Conservative at 5:54 PM