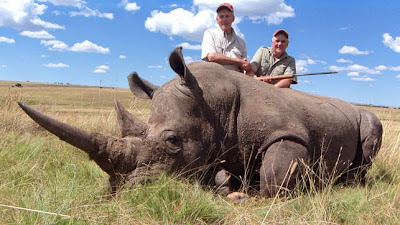 The presidential election is two years distant, but that hasn’t stopped some in the GOP from already deciding who would make “acceptable” Republican candidates and who would not, based on their perceived degree of fidelity to conservative principles. The arbiters have all but hung a sign in the 2016 window of opportunity that reads, NO RINOS NEED APPLY.

It seems almost unconscionable for this assessment to be ballyhooed even as we find ourselves in the midst of a crucial election to determine the leadership of the U.S. Senate, and the direction of America’s future. Certainly, this would seem to be a time for Republicans to pull together and concentrate on that immediate objective, even if it means encouraging the election of moderates in states where more right-leaning candidates would not likely have a chance of success.

My last statement will be disputed by those who regard themselves as the only “true” Republicans and who harbor the unshakable sentiment that the majority of Americans would elect a “real conservative” if only he or she were the GOP standard bearer.

On what basis do political litmus tests assay whether a Republican candidate’s conservative core is gold or dross? Some have meager public policy records by which to be judged, but they are anyway. Ted Cruz finds himself in the conservative plus column, although his actual resume of service is pretty thin. The same could be said for Rand Paul, who was a physician before he became a senator from Kentucky just a few years ago. There is nothing “wrong” with this; both are excellent men whom I expect will go far. Politics was never intended to be a lifelong career, anyway. But the judgmental fate of Republicans like John McCain, Mitt Romney, John Boehner, etc., who have been around politics awhile, suffers in the final analysis, because in order to be effective, governance often requires a degree of compromise. It is easier to sound like a conservative than to act like one in today’s political climate.

Marco Rubio is a case in point. For a while, he was identified as a darling of the Tea Party, until he decided to look at the immigration crisis in a slightly different light. Suddenly he became a pariah of sorts, accused of abandoning conservative credos for the practical consideration of solving a national crisis over which lawmakers on both sides of the aisle have dogmatically dug in their heels.

One might ask who exactly determines the definition of a “conservative”? I have heard the answer stated in this way: a conservative is someone who upholds the Constitution of the United States as it was set forth by the Founding Fathers. But there were differences among those guys, too, and the document was composed in rather broad terms, bound together by a spine of fundamental principles, but not by any specific proscribed means by which to effect them.

Nor am I convinced that everyone who voices an opinion about the tenets of conservatism is actually a Constitutional scholar.

Holding Republican candidates’ feet to the fire, for example, based vaguely on what one supposes Ronald Reagan would have done in similar circumstances is unproductive. Reagan was a wise, effective and much-respected president, despite the fact that he was at one time an active and prominent liberal. He saw the light, as many others have. But his past beliefs did not deter Republicans from embracing him -- or conservatives from regarding him the embodiment of their political philosophy.

What the Republican Party requires in a changing world is inclusiveness, not exclusivity. As the metaphor goes, it’s past time to build a bigger tent and encourage more people to enter it, even if they are not, by some standards, as “conservative” as desired. Yet little effort has been expended in that direction. Instead, there are self-appointed bouncers posted at the flap of the tent to make certain that those who want in have the “right” credentials. Let’s not forget that the GOP is a public political party, not a private bash from which some should be excluded at will.

It’s pure chutzpah, really, for one Republican to insist that another is a Republican in Name Only. Persistence in this kind of factionalism encourages Republicans to consider running as third-party candidates, which has too often resulted in election losses for the GOP. And if winning elections is not a top priority for some conservatives, it should be. Sitting smugly on the high horse of principle is riding for a political fall.

When John Kerry was nominated to challenge George W. Bush in his second term as president, there were some who derisively suggested that he would pick John McCain as his running mate. (Despite McCain’s extraordinary valor and service to our country, there are those who question his “true” conservatism.) *McCain quickly quashed the rumor, remarking that he was “comfortable “ in the Republican Party. After all, he said, “It’s my home.” So let’s stop denigrating fellow Republicans as RINOS -- and show them respect, instead of the door.

*McCain sold out the nation to "Establishment Republicans" in the 2008 Wall Street bailout, so don't you DARE NOT call him a "Conservative".
Posted by Joe Conservative at 12:30 AM