from the Harford County Dagger 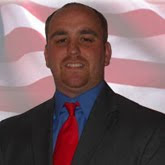 On April 11, 2011 the Democratic leadership in the Maryland General Assembly, to the detriment of Marylanders, chose the citizens of foreign nations over their own. When Governor O’Malley signs SB167 granting “In-State Tuition” to illegal immigrants, he will further entrench Maryland as a sanctuary state! Currently, it is estimated that Maryland spends over $1 Billion annually on illegal immigrants. Granting in-state tuition to illegal immigrants will further add to the list of reasons for migrating to Maryland, adding additional burden to the legal residents of Maryland who are trying to put their own children through college.

“We the (legal) people” of Maryland have decided to take action and bring SB167 to referendum on the 2012 presidential ballot. To prevent this bill from taking affect on July 1st 2011, we need to collect just over 15,000 signatures by May 30th and have a total of 55,736 signatures by June 30th. Last year , on a referendum petition in Montgomery County, nearly 60% of the signatures were declared invalid. For that reason our goal is to collect 35,000 and 100,000 signatures respectively. This referendum is not being led by the Maryland GOP, but rather a bi-partisan effort of groups and citizens all across the state! The rules for collecting signatures are very specific, so if you plan to collect signatures please read them very carefully! You can find the petition, as well as, all the rules and talking points at http://www.mdpetitions.com. The referendum campaign is chaired by Delegate Neil Parrott (Dist.2B) and Honorary Chariman Delegate Pat McDonough (Dist. 7). I, John Paff, am the Harford County Coordinator and can be reached at HarfordPetitions@gmail.com for further information. All of Harford Counties Republican clubs, as well as, Campaign for Liberty will have copies of the petitions on hand at their monthly meetings.

A select few have made a bad decision for Maryland and her children, now is the time we make our voices heard!